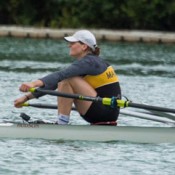 Back to Alumni Athletes

19-year-old Emma Gray was first introduced to rowing two years ago. Born and raised in Winnipeg, Emma tried a multitude of sports including tackle football, taekwondo and Olympic weightlifting before falling in love with rowing. The sport found Emma in the spring of 2015 when Rowing Canada identified her as having Olympic-level potential through Row to Podium testing done at her high school.

Since then, Emma has become the nation’s top junior rower, winning a gold and bronze medal at the Western Canada Summer Games, and finishing third in the Junior Women’s Single Sculls at the National Rowing Championships during her novice season. Last season, Emma placed third at CSSRAs, second at the prestigious Henley Women’s Regatta and finished first at Rowing Canada’s Junior Selection Trials. Emma also got a taste of her first international level competition at the 2016 Junior World Championships in Rotterdam, where she and her partner finished 9th in the women’s double sculls event.

During the fall season in 2016, Emma finished second overall at Rowing Canada’s National Rowing Championships. She finished first in the Jr. (Under-19) division, first in the Under-23 division, and second in the Senior division for a total of two golds and one silver medal.

Emma has just completed her first year of Engineering at the University of Manitoba, but will be moving west this fall. Emma will move to Victoria, BC. to study Earth and Ocean Sciences and minor in environmental studies while training with the UVic Vikes rowing team and Rowing Canada’s national team.

A Canadian record holder in indoor rowing in the Jr. and U23 categories, Emma declined the opportunity to race at the 2017 World Rowing Championships, choosing instead to train and compete with her teammates at home one last time. She will represent Manitoba at the 2017 Canada Summer Games, and has been announced as the team’s Flag Bearer for the Opening Ceremonies.

“There are so many things I love about rowing — the amount of hours and work it requires to be successful; the sense of overwhelming satisfaction when you finish a hard piece, race or workout and know you couldn’t have taken another hard stroke or pushed yourself any further; or the bad days when you break down, give up, yet keep going, battle with yourself to find that fire you know you have,” she said in an interview with Simon Fuller of The Lance. 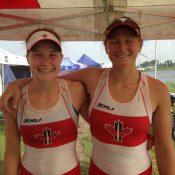 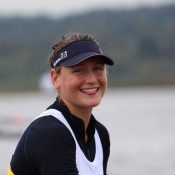 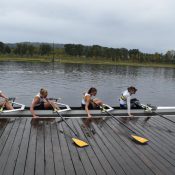 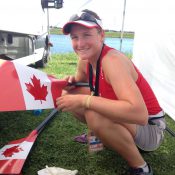 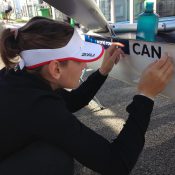 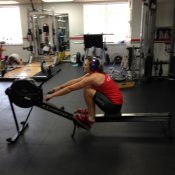 Gray wins two golds and a silver at Rowing Nationals

GLOBAL NEWS (Aug 24) Winnipeg’s Emma Gray finished in third place in her first race of the World Rowing Junior Championships in the Netherlands.

FIT COMMUNICATIONS (Aug 2) Emma Gray & partner are training in Winnipeg at the Winnipeg Rowing Club Riley Boathouse with their sights set on a World Title at the 2016 World Rowing Championship in Rotterdam, Netherlands. 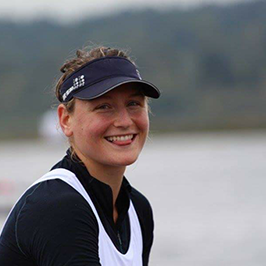 Burnaby, BC – A year and a half ago, Emma Gray had never seen a rowing shell. Now, she’s the fastest female Junior rower in […]