Canadian Sport Centre Manitoba > Who We Are > Our Team > Cole Vincent 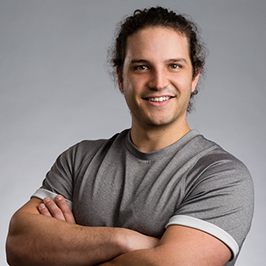 Cole Vincent is a NSCA Certified Strength and Conditioning Specialist whose lifelong passion for sport and performance has brought new energy to the Canadian Sport Centre Manitoba (CSCM).

Cole possesses a Bachelor of Science in Kinesiology (Exercise Science) from the University of Winnipeg. While an undergraduate, he worked at the Boys and Girls Club of Winnipeg as a facilitator, coach and mentor to youth involved in numerous sport programs. This experience served to highlight his natural ability to transfer knowledge and positive energy to participants.

In the final year of his undergraduate degree, Cole vastly expanded upon his knowledge and skills through working with high performance athletes during his strength and conditioning (S&C) internship with the Canadian Sport Centre Manitoba (CSCM). The internship solidified Cole’s decision to pursue a career in S&C.

Cole is now the S&C coach for numerous athletes at CSCM in a variety of sports including taekwondo, wrestling, fencing, volleyball, speed skating, para ice hockey and wheelchair basketball. He continues to strive for excellence in his career as an industry-leading S&C practitioner and is currently pursuing a Master of Science in Strength & Conditioning at St. Mary’s University (Twickenham, UK).

Cole also contributes his skillset in his position as Manitoba’s Technical Coordinator for RBC Training Ground, a nation-wide talent identification program for Canada’s next generation of Olympic athletes. RBC has realized great success in Manitoba since its inaugural year thanks to Cole’s dedication, effort and experience.

On Saturday, March 17th at the Dakota Community Centre, Olympic officials will be searching for young athletes with raw talent that could be future Olympic stars.

RBC Training Ground wraps up its inaugural year in Manitoba and Saskatchewan   The Canadian Sport Centre Manitoba, in partnership with RBC, the Canadian Olympic […]