Sandford’s Dennis Thiessen is a three-time national champion, world champion, and Paralympic gold medallist in wheelchair curling. Dennis began the sport in 2005 when a friend introduced him to it. Dennis’s career started to pick up in 2008 when he won his first bronze medal at Canadian nationals. After winning his first national championships with team Manitoba in 2011, Dennis was named to Team Canada.

Dennis won the world championships with Team Canada in 2013 and a gold medal at his first Paralympics at the 2014 Sochi Games. A defending Paralympic champion, Dennis Thiessen is looking for another gold medal in PyeongChang.

“I’m really excited to be going to my second Paralympics. I feel even more excited than I did for Sochi,” 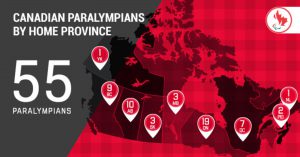