On the Departure of the Canadian Women’s National Volleyball Team 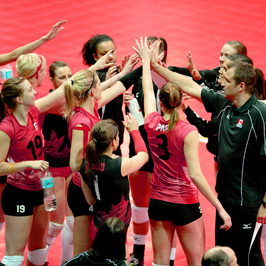 It was with disappointment, but perhaps not surprise, that the Canadian Sport Centre Manitoba learned of Volleyball Canada’s decision to relocate its Women’s National Team program from Winnipeg, its home for two decades, to Richmond, BC. CSCM was a proud member of the bid group and was struck by the devotion and diligence of all the partners who came together vying to keep the Team in Winnipeg. In the end, however, it wasn’t enough.

There will be financial losses to the community of course: small ones to CSCM itself and larger ones from the full- and part-time coaches, administrators and sport science staff that will be moving out of the province. More important than those losses, though, is the fact that Winnipeg is no longer home to a single National Team.

No longer can the province’s aspiring Olympians witness firsthand what a National Team program is and does.

Young Manitobans will continue to represent their country internationally in a variety of sports, but that already difficult journey was made harder this week with the loss of the only National Federation the province has known for many years.

Even more telling is that not only was ours not the winning bid, it was not the second place bid, either. What does it say about the value our community places on excellence that the absolute best that it could put forward was judged to be the third best, and that it was preferable to leave an environment where Volleyball was the only National Team, and thus the top priority, for a location where they will be, at best, the 15th priority? Or that two other cities, each with multiple National Team Training Centres, and one considerably smaller than Winnipeg made notably superior bids?

We must ask ourselves why multiple other communities across the country have embraced National Team programs when we have not.

We have committed millions of community dollars to for-profit sports enterprises, but cannot muster sufficient resources to support one National Team program. We know with certainty that Manitobans will devour coverage of the 2016 Rio Olympic and Paralympic Games. They will cheer when Canada wins and welcome home victorious Manitobans like heroes.

In hindsight, there would have been no investment too great if we knew that it would produce champions and role models like Clara Hughes or Cindy Klassen. Why then, do we rank so low our desire to support the programs that cause those performances to be possible? We should challenge our notions of what it means to support such efforts and what the benefits to a community are. Others have judged us wanting in this area and it is to us to respond.

Regardless of the reasons for their departure, we have enjoyed working with the young women of Team Canada over the last 20 years. They will be missed and we wish them the best of fortune in their new home. May it bring them the Olympic dreams for which they have been searching since 1996. Meanwhile, the dreams of today’s Manitoban athletes are alive. Will they go unfulfilled for the next 20 years by our indifference?