What are a few accomplishments that you are most proud of and why?

What is the book or books that you have given most as a gift and why? Or what are one to three books that have greatly influenced your life?

How has a failure or apparent failure, set you up for later success? Do you have a favourite failure of yours?
Failing to be more impactful with the Winnipeg Blue Bombers. As a hometown kid you relish the opportunity to contribute and have an impactful role with the team. I wasn’t able to afford myself a real opportunity to do more than contribute on special teams and I thought I had a higher ceiling. I asked for my release and bet on myself. I signed with Montreal later that night and by then end of the year we had beat the Bombers, I had started the last 4 games on defence, and was named player of the week.

If you could have a gigantic billboard anywhere with anything on it – metaphorically speaking, getting a message out to millions or billions – what would it say and why?

In the last five years, what new belief or behaviour or habit has most improved your life?
Control what you can control.

What are bad recommendations you hear in your profession or area of expertise?

When you feel overwhelmed or unfocused, or have lost your focus temporarily, what do you do?

COVID19 has changed us and our world. What have you learned about yourself during this “Great Pause”?

What advice would you give to your younger self? 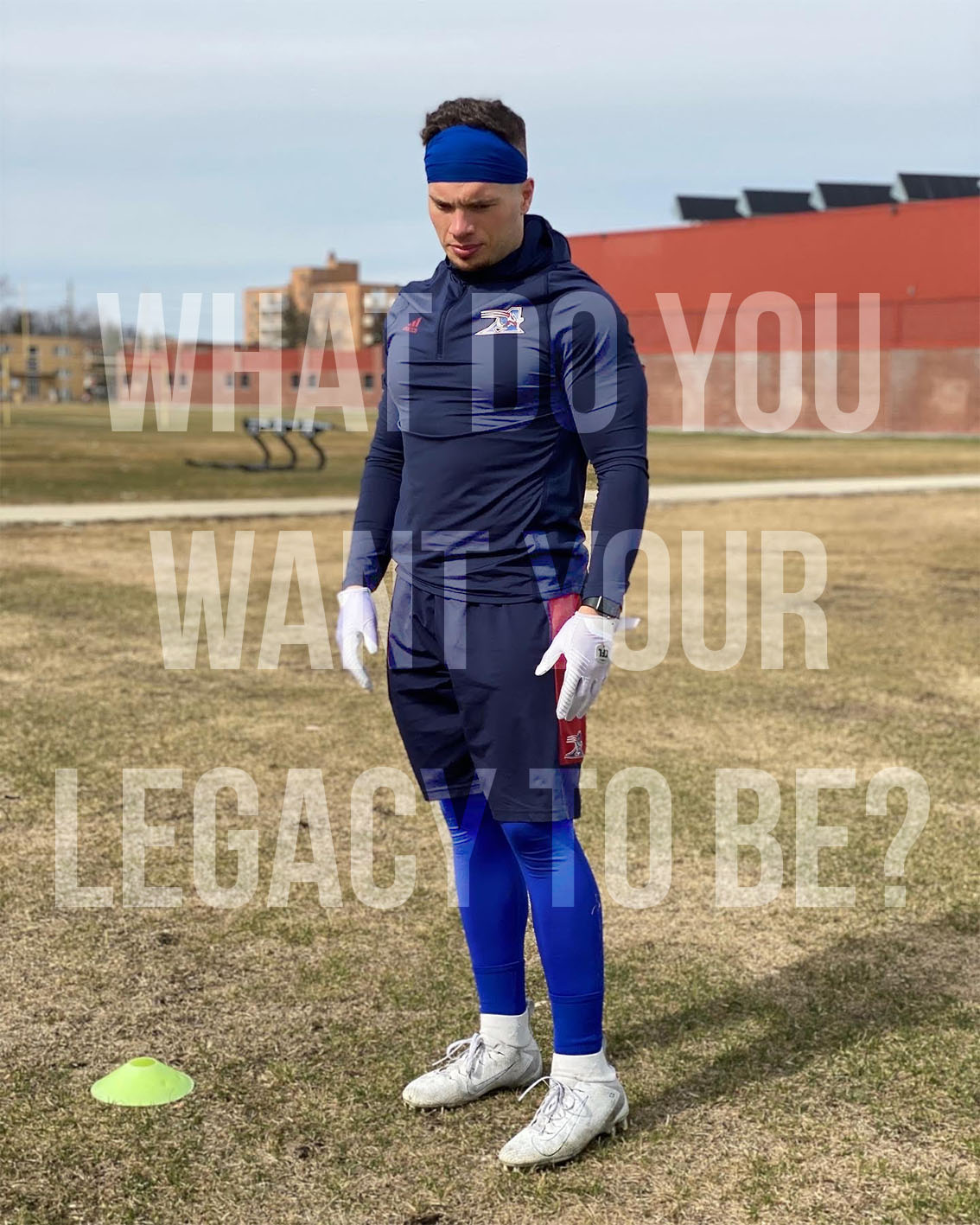