On the Passing of Pat Summitt and Buddy Ryan 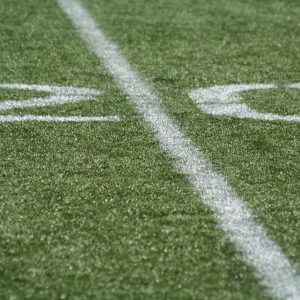 The Important Role of Coaches

I am incredibly saddened today to learn about the passing of two people I never met, in two sports I didn’t care about when they were at they height of their coaching powers, but who have impacted me more than I would have thought possible. Two people who spawned a generation of greatness in the players and coaches that followed in their footsteps.

Pat Summitt and Buddy Ryan died today, and all of us in the sport world should mourn their passing. Others can and will do a far more eloquent job of singing their praises – commenting on their passion, their courage, their creativity, their determination.

What I am more struck by, when think I about the lives they have led, is the sheer number of lives a great coach can touch and the depth of impact those touches can have.

Pat Summitt was the Head Women’s Basketball Coach at the University of Tennessee from 1974 to 2012. For those of us with an affinity for Olympic sport, Summitt won a silver medal at the 1976 Montreal Olympics and a gold medal in 1984 as the Coach of the U.S. Women’s team, but, almost impossibly, that seems but a footnote on her life and career. During those 38 years, she would have had more than 150 young women play on her varsity teams. Those players went on to coach teams of the their own across the country (including her son, Tyler), extending Coach Summitt’s reach even further, touching even more lives. What’s more, the graduation rate of Coach Summitt’s players during her tenure was 100%. Knowing what we know about the relationship between education and life outcomes, could there have been any greater gift?

Coach Ryan was regarded as a defensive genius during his 35-year pro-football career that included two Super Bowl championships and the design of what remains possibly the greatest defensive team in NFL history. Like Summitt, Ryan would have coached hundreds of players in his career. Like Summitt, there is a coaching legacy that flows from Coach Ryan’s teachings, including his own two sons, Rex and Rob. While Coach Ryan would certainly not have faced the same battles for acceptance as Coach Summitt, he was an incredible innovator in a sport that is hyper-conservative in its approach and willingness to be different.

It seems to me that the fact that I can recite most of the above from memory speaks volumes about the incredible impact of these two individuals on someone with whom they had no direct connection whatsoever. How much greater would it have been on those they saw every day?

When I think about the hundreds of former athletes who are mourning today for the loss of a formative person in their lives, my heart goes out to them, for I know how I would feel about the passing of any of the wonderful coaches with whom I have had the pleasure of working in my life. I hope they can find some small measure of joy in the incredible gift they’ve been given to have worked with such teachers.

In my role as GM of the Canadian Sport Centre, I have come to realize that those of us who work in the administration of sport are not terribly important. If I go, sport will continue as long as there are coaches to role out the balls – who are ready to offer a kind word of advice or a kick in the pants (metaphorically, of course!); who are ready to make the unreachable seem there for the taking; who are, in the end, ready to teach.

It is, in my opinion, the coaches who make our whole sports world go round, and there is no thanks we can give that is big enough for what they have done for us.

To all of the coaches who spent their evenings and weekends with my teammates and me over the years, totalling more hours than I could ever count, please know that I am thinking of you today and am grateful beyond words for all that you have done for me. I wish that every athlete, at every level, could have people like you in their lives. I can say little more than “thank you,” and please know that some small part of the coach you were for me lives on in the coach and person I am.

Most of us will never have met Coach Summitt or Coach Ryan, but I suspect we know someone who has impacted our lives as greatly as they impacted the lives around them. Spare a thought today for the passing of two members of the coaching pantheon, but also consider the people who had that same kind of influence on your life. Share their stories and seek out people like them. There is probably little that we can do to have a greater influence on tomorrow’s sport.