Back to Press Releases
Published On: February 9, 2017 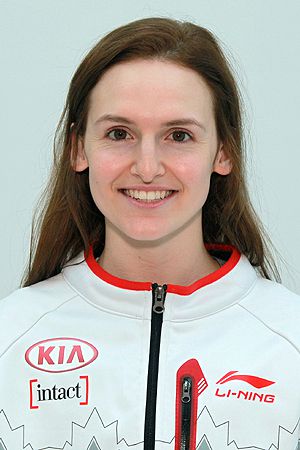 24-year-old long track speed skater Heather McLean recently became Canada’s back-to-back champion in both the 500m and 1000m distances. The Winnipegger has made a huge amount of progress in the last few years, and made a serious mark on the World Cup circuit last season by winning four medals – three of them individual medals in the 500m. Heather entered her 2016-2017 season ranked sixth in the world in the 500m distance, and just last month set two new personal bests at the Canadian Single Distance Championships.

This weekend, Heather will be competing at the ISU World Single Distance Championships, speed skating’s biggest event of the year. The WSD Championships take place at the Gangneung Olympic Oval, and will act as the official test event for next year’s PyeongChang Olympic Games. Heather will compete in the 500m and 1000m distances – click here for her competition info.

As one of Canada’s best long track speed skaters, Heather looks to be a serious contender at next year’s Olympic Games.

Did you know?
Heather McLean is a graduate of Vincent Massey’s Sports & Arts Program!