PyeongChang – One Year Out! (Figure Skating)

Back to Press Releases
Published On: February 13, 2017 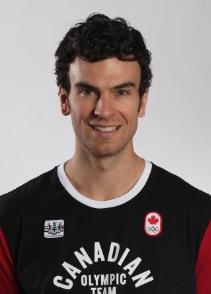 Born in Winnipeg, Eric grew up in Northern Ontario before moving back to Winnipeg briefly as a teenager. Eric began skating at 8 years old, and was successful as a singles skater in his youth. Once it became obvious he was better suited to pairs skating, he made the switch to pairs in 2005. Eric skated with two different partners before matching up with Meghan Duhamel in 2010, and the two have had a huge amount of success since.

Both skaters made their Olympic debuts in Sochi, where they were part of Canada’s silver-medal team in the inaugural team event. The two are 2016 Grand Prix champions, back-to-back World Champions in 2015 and 2016, and six-time Canadian National Champions in the pairs event.

While their names may not be quite as familiar as those of Canadian ice dancers Tessa Virtue and Scott Moir, Radford and Duhamel have dominated international pairs skating since the last Winter Olympics. They have won medals at every major competition in the last four years, and now look to prove their success on the Olympic podium in 2018.

The Canadian duo are the favourites at this week’s Four Continents Championships, which begin tomorrow at the Gangneung Ice Arena. They will act as figure skating’s test event for PyeongChang 2018.

DID YOU KNOW?
Eric is an ambassador for the COC‘s #OneTeam program, which combats homophobia in sport.