The inaugural year was hugely successful for both prairie provinces, drawing in 400 athletes through four RBC Training Ground qualifiers from across the region.

The top one hundred athletes were invited to the Manitoba-Saskatchewan Regional Final where they were joined by RBC executives, Canadian Olympic Committee representatives, CBC journalists and Canadian Olympians. The all-day event took place on Saturday, May 5 at the University of Winnipeg Duckworth Centre.

Athletes drove and flew in from remote areas across the prairies to attend the Final, a statement of the dedication the region’s athletes have to achieving excellence in sport. 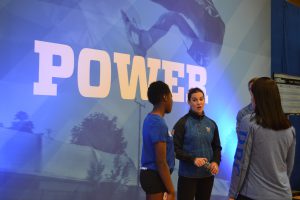 RBC Olympians Halli Krzyzaniak, James Lavallee, and Olympic champion Jill Officer chat with an athlete after she completes her testing. 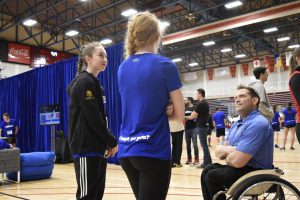 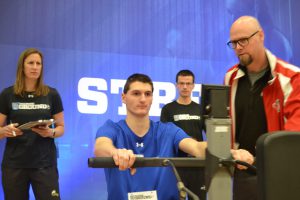 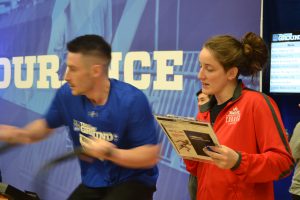 Posting impressive scores across all eight speed, power, strength and endurance tests, York University running back Kayden Johnson was named the overall champion at the Manitoba-Saskatchewan Final. Before the day was done, Kayden was approached by several National Sport Organizations at RBC Training Ground. The ones that are most attractive, he says, are Bobsleigh Skeleton Canada and Rugby Canada 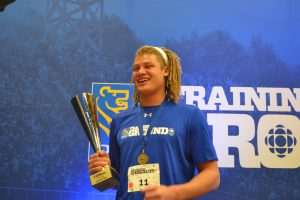 Kayden Johnson smiles for the cameras at the 2018 RBC Training Ground Regional Final for Manitoba-Saskatchewan. 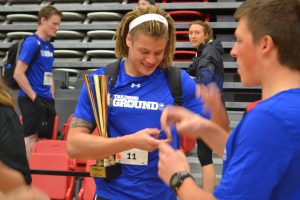 Johnson says he stopped in Winnipeg for the Regional Final en route home to Kerrobert, Saskatchewan, from university. He first heard about RBC Training Ground from decathlete and 2016 Toronto Regional winner Pierce LePage, who trains alongside Kayden at the York University facilities.

“My end goal is to be an Olympian, and [RBC Training Ground] is definitely a major stepping stone on my journey,” said Johnson.

I am excited to be a part of RBC Training Ground’s continued growth, and look forward to seeing this opportunity delivered to every athlete across the province as we work to discover the next generation of Canadian Olympians.

It’s safe to say that the momentum gained over the three 2018 qualifying events in Manitoba has set the groundwork for years to come. 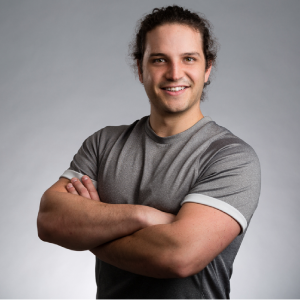 From RBC volunteers to sport coaches and COPSI Network staff, each event was delivered with professionalism and excellence that was reflected in the positive experiences of the participating athletes.

Thank you to all for making RBC Training Ground’s inaugural year in Manitoba the success that it was!