This week, Manitoba’s Tyler Mislawchuk was named the Elite Triathlete-of-the-Year for men, following an impressive 15th place finish in his Olympic debut (not to mention a remarkable road to get there). The athlete from Oak Bluff, Manitoba was undeniably Canada’s best and most consistent triathlete in 2016.

Two years on the World Triathlon Series (WTS) circuit made up the majority of Tyler’s international experience heading into his Olympic debut in August 2016. Due to a poorly-timed crash, Mislawchuk was unable to compete in the first half of the Olympic qualification period. He played the points game in 2016, travelling to nearly every WTS race to increase his chances of representing Canada at the Olympic Games.

The vast majority of Canadians had never heard of the young triathlete from Oak Bluff, Manitoba, mainly due to his short career and ripe age. Those who knew him best knew his first Olympics would showcase his talent, resilience, and promise. 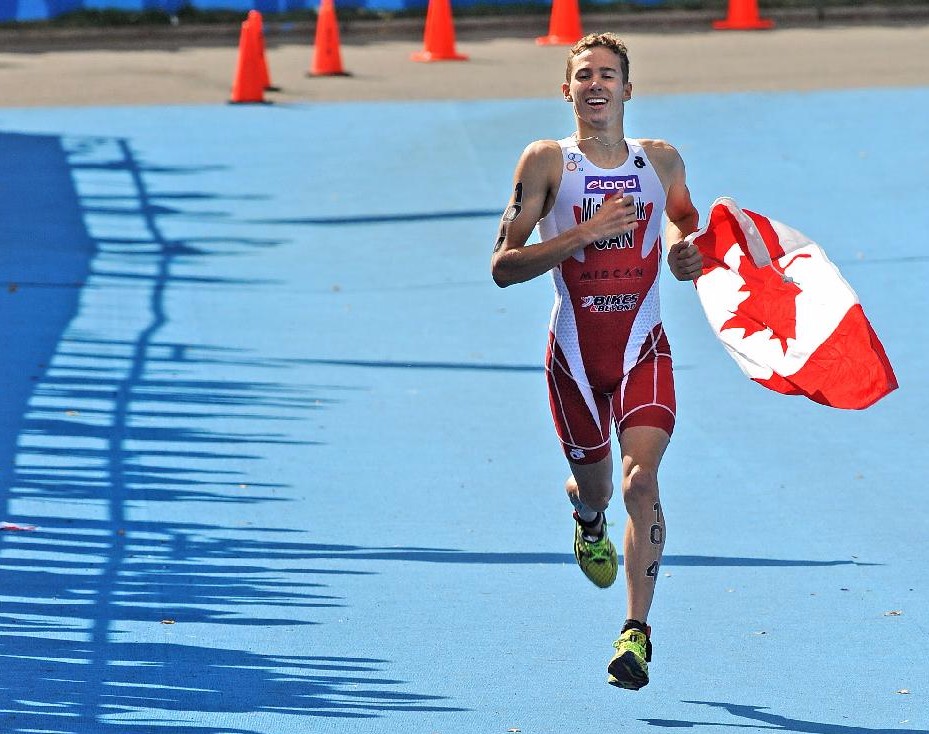 “I started working with Tyler when he was 15 years old, and it has always been a pleasure watching him mature, both as a person and as an athlete,” said Triathlon Manitoba coach (and Tyler’s former coach) Gary Pallett.

Tyler raced in his first Olympic Games in Rio de Janeiro the day before his 22nd birthday, finishing 15th despite a stress injury that meant his return home to the province would be on crutches.

Of his Olympic race, Mislawchuk said, “I am happy with the effort, but unfortunately I know what could have been. I was just two or three seconds away from missing that lead pack onto the bike. Getting into that group would have been the difference from racing for top-5 or top-15, but that’s racing.”

“Tyler focuses on doing the little things well. His potential is tremendous, and I’m excited to watch him continue to develop,” added Pallet.

Joining Tyler Mislawchuk as one of Triathlon Canada’s most distinguished athletes of the year is Paralympian Chantal Givens, who earned Elite Para-triathlete-of-the-Year (Women) honours from Triathlon Canada. The 38-year-old Physical Education teacher had a late start in the sport, and her road to Rio held many challenges.

“Chantal came to the sport in her 30’s and faced many different obstacles [than Tyler],” said Gary Pallett, who coached Chantal on her journey to the Paralympics. 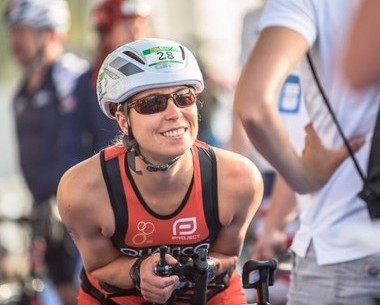 Upon announcement of the addition of triathlon to the Paralympic program, Chantal set a goal to compete in Rio as part of Canada’s first ever paratriathlon team. Until then, Chantal’s training had mostly aimed at performing well at World Championships every year. Her pursuit of a spot at the Paralympic Games meant reducing her professional commitments and family time.

“Trying to become an elite athlete while maintaining a full-time job   and a family was a huge challenge   for Chantal,” said Pallett.

A year out from the Paralympics, Chantal suffered a crash,   fracturing her scapula. This setback brought additional challenges for  Givens, whose road to recovery was long but successful.

2016 brought several podium finishes for her, including Chantal’s first-ever ITU win in Aguilas, Spain.  Triathlon made its Paralympic debut in Rio in September, and Chantal was chosen to represent Canada in  the Women’s PT4 division. Chantal fulfilled her goal of competing in the inaugural paratriathlon event,  finishing eighth.

“The race itself was almost the icing on the cake for me after all the hard work that I put in. I enjoyed the moment today and every second of what I was doing,” said Givens after her gruelling Paralympic race in Rio.

Of the two Manitoban triathletes and their successful years, Pallet says, “I’m proud of both of them for their performance and glad their hard work that led to becoming Olympians. They did Manitoba proud over the last year, and I was delighted to be involved in their progress.”

CSCM’s team has played a significant role in both Tyler and Chantal’s journeys, and continues to support Tyler as he looks ahead to the Tokyo 2020 Olympic Games.

Did you know? Tyler Mislawchuk is a Vincent Massey Sports & Arts program graduate.