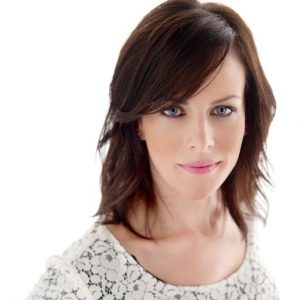 In 2020, Leah made history as the first woman to call play-by-play for an NHL game on Sportsnet. The landmark broadcast received national acclaim for Leah and the network as the game was called by an all-female broadcast team.

Leah also made history a year prior as the first woman to call play-by-play for the men’s NCAA Division I Hockey Tournament for ESPN.

In a 2018 article in the Globe and Mail, Scott Moore, former president of Sportsnet and NHL properties, declared Leah a “trailblazer.” Mike “Doc” Emrick, Hall of Fame play-by-play broadcaster for NBC Sports told The Athletic, he believes Leah will be the first woman to do play-by-play for an NHL team.

Over the past 17 years, Leah has been an on-air presence for the largest networks in North America: ESPN, Sportsnet, Hockey Night in Canada and NESN