For the love of the game

Back to Press Releases
Published On: December 15, 2016

Today, more than four months after their wedding, curler Reid Carruthers and his wife are finally going on their honeymoon.

“For a number of years I’ve been teaching curling clinics through CurlManitoba. More recently, I started my very own summer curling camp,” said Reid. Back in August, Reid’s wedding preceded the first annual Camp Carruthers. Vacation plans were put on the backburner as Reid prepared to run a curling camp for juniors, designed to provide them with new tools to help their game.

Camp Carruthers was held for two weeks in August 2016, the first curling camp to be hosted in Manitoba in several years. Olympic gold medallists Kaitlyn Lawes and Jill Officer (Team Jennifer Jones), skip Mike McEwen, Selena Kaatz (Team Einarson) and Reid’s teammate Colin Hodgson all jumped at the idea of sharing their knowledge with the next generation of Manitoba’s elite curlers. Junior curlers in the province had the opportunity to learn about the game from some of the world’s best coaches and competitors.

“We had 105 juniors sign up for the camp in our very first year. I’m hopeful that we can make it an annual tradition,” said Reid.

One attendee passed along his take on the camp. “It was an excellent opportunity to learn from the very best curlers in the world. As a curler, it was like learning hockey from Sidney Crosby or basketball from LeBron James. To learn from these athletes at the top of their game was a real honour and a privilege I was excited to have.”

For Reid the camp was the perfect opportunity for him to combine his two greatest passions: curling and teaching. As an elite level curler, Reid isn’t able to teach full-time. During the competitive curling season, Reid works as a substitute teacher for the Louis Riel School Division, where he was once a student.

“Teaching is one of my passions, but not being a full-time teacher, it is one of the things I miss,” Reid said in an interview.

While Camp Carruthers fills the teaching void for Reid in the summers, he’s found a way to combine his passions in the winter as well. Even when Reid and his team are on the road during the season, he always finds a way to share his love of the game.

In last week’s final at 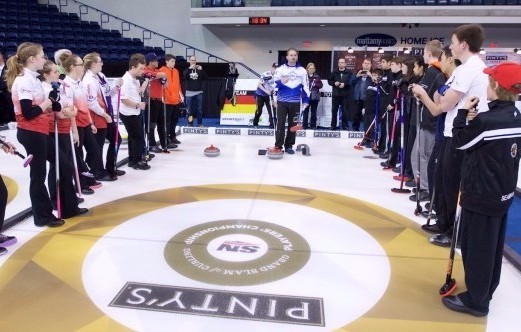 “The National,” Team Carruthers and hometown favourites Team Jacobs battled for the men’s title in Sault Ste. Marie. Thousands of Canadians tuned in to watch the game, and were shown a brief clip of Reid running a clinic with local junior athletes before the final.

“At each of the Grand Slam of Curling stops, a junior clinic is held,” said Reid. “With my background I figured it would be a good fit to help out.”

Every Grand Slam event, Reid spends time putting on a junior clinic for young curlers in the host town or city. Even if Reid’s teammates are flying home early after a dissapointing loss, or are spending time preparing for an important final, Reid always makes time to get out on the ice and share his passions with curling’s future stars. Unlike Camp Carruthers, running these clinics isn’t new for Reid; he calculates he’s been helping out with the Grand Slam clinics for about four years. 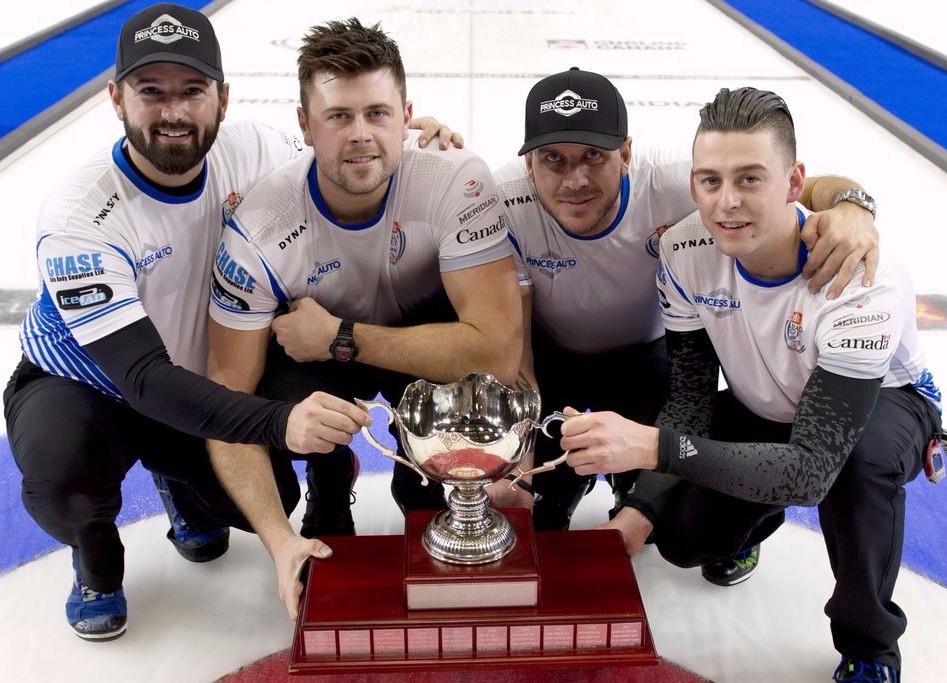 curling parent expressed their gratitude to Reid after his most recent clinic. “I wanted to say a special thank you for taking the time to work with our junior curlers in Sault Ste Marie today. You are a true inspiration to youth curling!”

Ultimately, Reid doesn’t give back for praise or recognition, he does it because he genuinely loves helping the elite curlers of tomorrow.

“I think I enjoy teaching curling as much as I enjoy playing.”